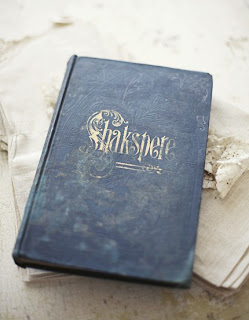 I don’t really care for Shakespeare. I try. I want to love it. I think I should. But I don’t.
And you know what, that’s ok. I give myself permission not to like it.
This topic was discussed in last year’s Happiness Project Book Club. Not The Bard in particular, but all of us had been in situations where several people had told us we’d love a book, movie, restaurant, you name it. But we didn’t. And we kept trying, because we felt we should.
Sometimes we have to give permission to be true to ourselves. Sounds like something Polonius declared around Act Two.
This week I went to see a production of Hamlet in Brooklyn. The actors were exceptional, the venue unique, and I went to support a friend. While I much prefer a rousing Rogers and Hammerstein musical, I actually enjoyed it more than I thought I would.
I will always support my friends, and with my theater friends that’s meant sitting through a helluva a lot of community productions over the years. I will continue to cheer them on from the audience, and they have done the same for me.
I know the time, commitment, and effort it takes to step on to that stage (and in this case memorizing Shakespeare no less!). It would be easy at this stage in our lives to forgo the opportunity and choose the couch and Ryan Seacrest, rather than take the risk to stretch yourself. That takes courage.
I’m glad I went, but I won’t be diving into King Lear anytime soon.
Previous Post: « Breathe
Next Post: Adopting a singular focus »