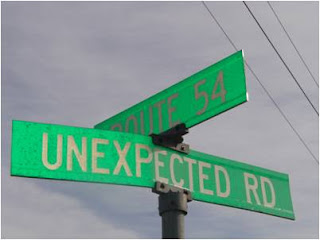 Yesterday was a bustling day.  I made my debut as a cover model followed by a fabulous fundraiser, both probably deserving of separate blog posts (forthcoming).
This morning I woke up exhausted but filled to the brim with goodness and surrounded by tons of love.  Also a bit “hungover” – not so much from wine (although I had a bit of that), but from the adrenaline, dancing,  energy and love that had been enveloping me yesterday.
A few posts back I mentioned that on my fall wish list was the desire to add more spontaneity into my life.  So I decided to message a friend at 6:30 am this morning to see if she’d like to meet for breakfast.  Not only did I have spontaneity on the brain, I was also craving an arepa from Valencia’s and in need of their high test coffee.
Now mind you I’ve had what I’d term a professional acquaintance with this person for several years now,  so it’s not like this is a regular occurrence.   I’m a big believer in surrounding yourself with people who bring more of the good stuff into your life.  I have a lot of respect for this woman and her enthusiasm is infectious.
Nevertheless, it is a bit out of my character to contact someone who is not a super close friend (or my mother) before sunrise and suggest an outing.   The typical conversation I’d have with myself is that she’s probably too busy, has other plans, has lots of other friends to have breakfast with, and doesn’t have the time.
I decided to stuff that conversation down where it belongs and just go for it.
Turns out it was a wonderfully spontaneous and serendipitous morning.  The company and conversation was exactly what I’d craved and needed, even more than the coffee.  I’d even like to think we’re moving more towards the friendship phase these days.
And the arepa was delish too.
Previous Post: « Do you see yourself in this video?
Next Post: Don’t waste the sexy »